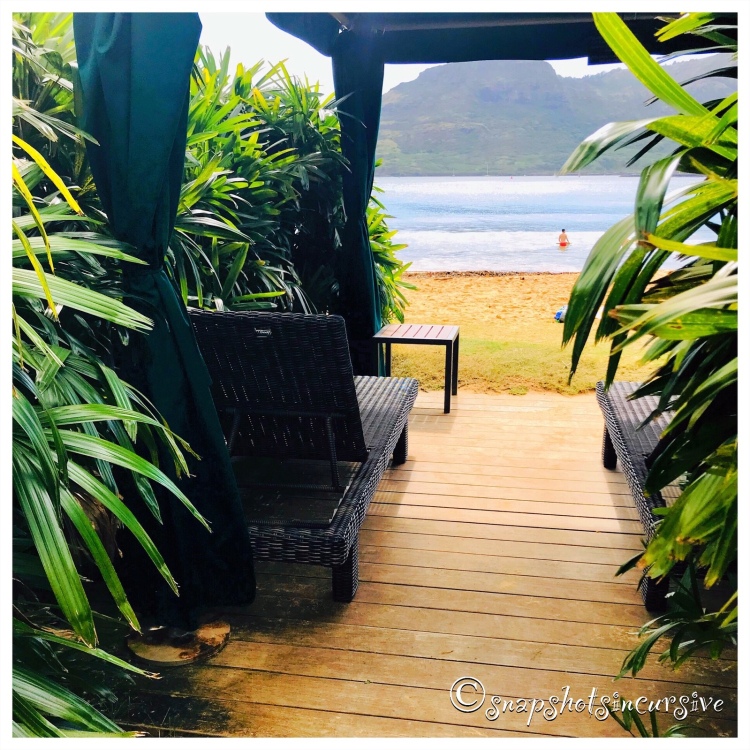 “Understand that the right

to choose your own path

is a sacred privilege. Use it. Every American should make the trek to visit the 9/11 Memorial, in my opinion. Located in New York City, in the area where the Twin Towers used to stand, is a footprint honoring the memory of 2,977 victims who lost their lives as a result of the September 11 terrorists’ attack on our nation. Step into the plaza, a field of shade trees, where the sound of water draws you to those massive gaping footprints. Two very large reflecting pools, containing water that falls into a bottomless black hole, reside there. Edging the Memorial pools are bronze panels inscribed with the names of every person who died, lest we never forget. The Museum, located mostly underground, has been described as an “archaeological site of Ground Zero.” It truly remains a tribute to the past as well as a hope for the future.

On the island of Kauai, there is a Himalayan Monastery in Kapaa, that teaches true human origins, and Lemuria. It is home of two dozen monks who live, and learn, and teach, and worship. They believe the Lumeria Scrolls truly exist. In it, Kauai is described as a magical vortex as close as possible to the garden of Eden. As Gerald parked the car, a sign with an arrow indicated “Temple Path”. An old Hindu woman placed fresh fruit and a flower offering at the entrance to the monastery. She then sat on the stone wall chanting aloud as though I did not exist. Her body rocked back and forth wrapped in a colorful sarong. I turned to the gathering area where a basket of tie-dyed sarongs were rolled and available for visitors. Reaching in, I chose a blue-fringed sarong imprinted with the Hawaiian sea turtle. In thirty seconds, I had it securely wrapped around my waist to cover the skort I was wearing. Now I was ready to walk down the path toward sacred grounds for this extraordinary experience. Founded in 1970, by Satguru Sivaya Subramuniyaswami, he created the sacred place for meditation, worship, training of monks, and religious resource for the Hindu world. The first stop, at the grove of giant banyan trees, six flat rocks for meditation led to an 8-armed statue; Lord Shanmuga, a granite sculpture of the six-faced Deity who guides the transformation of the instinctive into divine wisdom through the practice of yoga. Silence is appreciated. As I left the world behind, I encountered a massive 16-ton statue of Nandi the bull, carved from black granite. It stands watch over the Siva temple. A bell announces the arrival of visitors. A swami, dressed in orange under lifetime vows, waves incense and rice offerings while chanting around the bull as sustenance for protection of the temple. Birds fly in and scoop up the morsels of rice. Turning away, visitors are invited to dip their toes into the temple tank before stepping into the sanctuary. This sacred pool has a statue of the child Saint Sambandar dancing joyously on a lotus. The sacred “Om” in the Tamil language is painted on the bottom of the pool. I removed my sandals and entered the sanctuary. The aroma of incense was overpowering. People stood and knelt in silence, hands folded in prayer. One wall depicted 108 golden statues of Lord Siva, each depicting one pose of His cosmic dance of creation, preservation, absorption, and paired graces which conceal and reveal. Within minutes, the swami entered the Kadavul Temple and continued his methodical spiritual exercises. After awhile he turned to the crowd offering incense smoke plumes to those who wished to inhale them. At this point, I discreetly turned and exited the sanctuary. From there, Gerald and I approached the lookout for Mount Waialeale and Iraivan Temple in the distance. It was picture postcard perfect. We were not allowed past this point. As we made our way back to the car, we took a moment to enter the Mini Mela Gift Shop where I chose an aqua and turquoise beaded bracelet with the “Om” symbol.
“The weak can never forgive.

Forgiveness is the attribute “Head down the road from the Kadavul Temple, turn left seven tenths of a mile. You will see a gravel parking area where you can leave your car. Step through the gate into the Rudraksha Forest. You will enter a grove of sacred trees called Blue Marble by the Hawaiians. If you ever thought yourself to be a tree hugger, this is where you actually will be moved to do so.” The aged woman at the Kauai Hindu Monastery shared this story with us. “The Hindu faith is built on thousands of stories”, she said through a smile. “Shiva is the name for God,” she began. “In the beginning of time, Lord Shiva gave full control of all things on Earth to man. He then went into deep meditation. When Lord Shiva awoke, He saw what a mess man had made of everything. Big surprise,” she paused for effect before continuing. “Tear drops fell on the Earth. These tear drops were blue berries which took the form of seeds that later grew into the Rudraksha tree. When you hug the tree, the pain and discord you feel in your heart and mind will be released. Spiritual healing and good health will replace it.” Her face brightened with a ray of hope. “From that time forward, the seeds became known as The Tears of Shiva. The tree grows very fast and produces tiny blue-beaded fruit whose shells cover the ground before drying into Rudrakshas.” She took a deep breath, “A natural hole appears drilled through the seed. It’s as though nature intended man to thread it on a chain and wear it.” No other bead is considered to be as auspicious and powerful as a Rudraksha. It is a symbol of God’s compassion for all living things.

Take Route 550 slowly up Waimea Canyon Road on the west side of Kauai. Pull over for a scenic view of a strange phenomenon. On one side of the winding road is a man-made waterfall where the gushing water juts through red clay earth spilling the stream into shades of yellow and orange. Snap a photo for substantiation. Cross the road and you’ll find another area of mystery. Stones of varying sizes and shapes are stacked helter-skelter to the edge of the cliff creating a sacred-like appearance. Like hallowed ground. What does it all mean? Ahu. Is it an insult to Pele, the volcano goddess? Or a breach of the natural beauty intended for spiritual energy? Stop and listen. All is quiet aside from the gentle wind whistling in your ears against a backdrop of rushing water. Some native Hawaiians say it is bad luck for the island stones and lava rocks to be moved around or taken home by visiting tourists. It is disrespectful and sabotages the importance of preserving the island’s natural beauty, according to National Park officials. The golden rule of national parks is that visitors should “take only pictures and leave only footprints.” Whether you call them cairns, stacking rocks, or ahu, be kind and pay homage to the Garden Isle of Kauai.